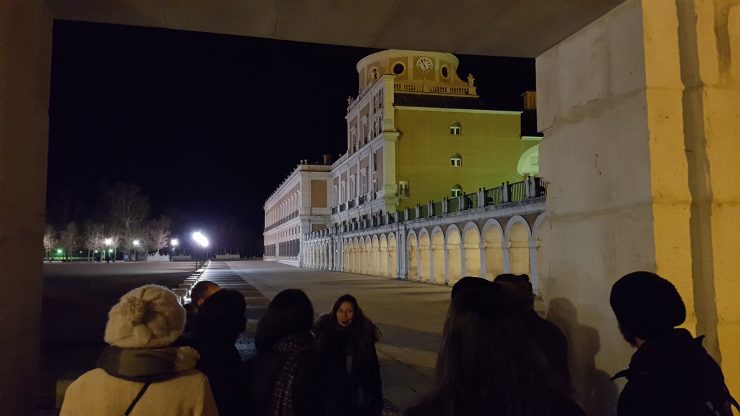 After Dinner, we had a guided tour around the  city center of Aranjuez, provided by Visit Aranjuez, and had the chance to learn a little more about historical buildings and the history of Aranjuez as a Royal Site..

They told us about Medinaceli’s Noble  family; we discovered a building in the city center that holds some pictures from Goya (one of the most spanish famous painters ) and also walked near Godoy’s Palace where the  Mutiny of Aranjuez took place in 1808 when the French troops tried to conquer Spain and Portugal, starting the Independence war as a result of this event.

We also  got some explanations about Aranjuez being in the WHList, such as urban planning of the city groves   and Tree lined  Alleys next to  the Royal Palace.

The tour ended up in the  Constitution square, where the Town Hall is, and the Historic Market of Aranjuez, recently rebuilt .