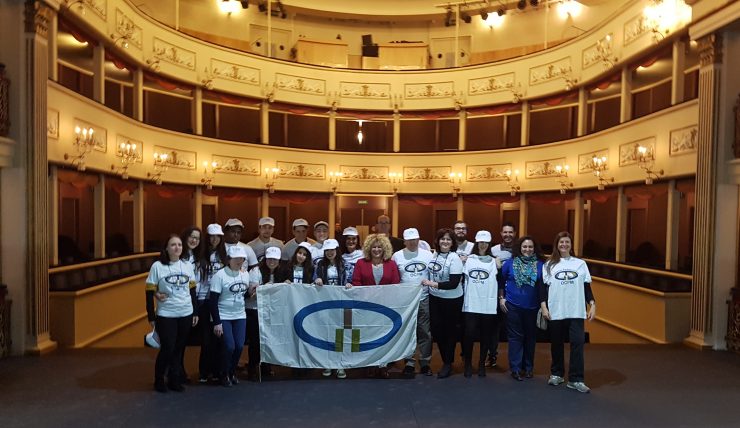 The 1st meeting Opening session took place  in the Royal Theater Carlos III of Aranjuez, with presence of 7 cities: Aranjuez, Angra do Heroísmo, Cidade Velha, Córdoba, Ibiza, Segovia and Vienna. Two representatives of each city (ambassador and local representative of tourism) has told us about their own cities and the heritage values why they are included in the World Heritage List of UNESCO.

Afterwards, team and authorities have joined in the main stage of the theater to take a group  photo. The First meeting of Young Ambassadors of World Heritage Cities has started!